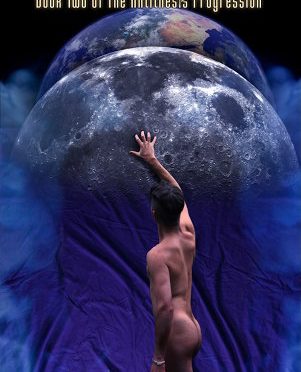 Hello! It’s been a while. The world is changing, and so is the status quo here at AWP, and that means that there’s news on the Antithesis podcast front.

Seven and a half years ago, I moved house. The noise from a very abusive family in my apartment complex had slowed my podcast production to molasses speed. Instead of an episode every week (more or less), my full-cast audio slowed to a crawl. It took a hiatus around the house move because, well, there was a house to unpack, but things started coming back online the following spring, hitting a full-cast production apex during the fall and winter of 2013 when Crudrat got underway and Antithesis took a temporary back seat.

Except, it didn’t turn out to be temporary. In the midst of Crudrat production, we found that life in the San Francisco Bay no longer made sense for a small studio and publishing house, and we de-camped to the Oregon Coast for a small office on a quiet street right across from the beach.

Production resumed, and on the aftershow for Episode 9 of Free Will I excitedly announced that the podcast was back, and back for good, because I’d recorded most of the rest of the book so there was nothing standing between me and the endgame.

The universe, it seems, has a perverse sense of humor. The week after that podcast, a family member went into the hospital for long-term care for what we thought was a terminal condition (thankfully, it turned out not to be). A few weeks after that, one of my business relationships broke down irretrievably, necessitating a lot of extra work to disentangle things. A few weeks after that, my father in law announced he was dying.

The podcast was the casualty. Unlike with The Every Day Novelist, Antithesis takes a lot of production time–often ten to twenty hours per episode or more, once all the production management is factored in. And I kept pushing it down the stack.

My father-in-law’s death was followed swiftly by my own parents needing help transitioning into retirement, which occasioned yet another house move and an ensuing period of itinerancy, which isn’t the best recipe for success when you’re running a small business. To survive, our little production house spent almost all its resources on doing work for other companies and other authors. We did good work, but very little of it was ours, and very little of it touched you all who were with us through all the full-cast podcasting years.

It’s been a seven-and-a-half year ride. It’s been three and a half years since the last Antithesis episode dropped. A lot has happened along the way in the world of Joss Kyle–to say nothing of the real world.

And today, finally, after all these years, I am working on the production for the Free Will podcast. I have the narration for six episodes in the can, and at least most of the actors’ voices.

The next several months have a lot more excitement happening for me, as I’m finally moving home again, to a ranch that I’ve bought during my long exile, and building a house and (more importantly for the podcast) a permanent office for AWP. There are definitely going to be production interruptions, and it’s not fair to keep doing start/stop/start/stop with this story, not with how invested you are and with how the story is about to really pick up steam. So, with all that in mind…

I am going to start podcasting Antithesis again when I have twelve episodes finished and tagged and queued. At that point, there will be enough queued to put me through the summer when all the building happens, and into the fall when we will resume our production season. If I can get farther ahead, so much the better, but there will be at least twelve new episodes finished before the first one hits the feed.

That way, you can get the story you’ve been waiting for.

Thank you for being here, even after all this time. It means more to me than you can know.
And remember…
…it isn’t whether you win or lose, it’s how you rig the game.

This week on Free Will,

Jade looks for an apartment, Jim makes a discovery, and Joss learns about infiltration.

Cast this week (in order of appearance):
Lorien Wheeler as Jade
Michael Lemonjello as Xylar Portillo
Jason Blythe as Harry and Ponds
George Chlentzos as Douglas Reeves
and Derek Moore as Jim Hartman

This week on Free Will,

Cast this week (in order of appearance):
Miss Kalendar as Ali
Jason Blyth as Harry
George Chlentzos as Douglas Reeves
and Derek Moore as Jim Hartman

Free Will is back again for

more mystery, more intrigue, and more full-cast goodness! Today, as the small events on the Moon start to make big waves, it’s time for Episode 10 of Free Will and Other Compulsions, in which Jim unlocks a secret with cooking, Jana levels up, and Marian plots her revenge.

Free Will is BACK!

Now, as the story opens up and we see other pebbles in the avalanche, it’s time for Episode 9 of Free Will and Other Compulsions, in which Jade paints a naked person, Joss hatches a plan, and Marian ponders egg rolls.

Cast this week (in order of appearance):
Lorien Wheeler as Jade
Christiana Ellis as The Agitator
George Chlentzos as Douglas Reeves
Kitty NicIaian as The Ambi
Miss Kalendar as Alyssa Hartman
Veronica Giguere as Marian Shelley
Andrea Fender as Jana
and Dave Robison as Blake

with all new doses of intrigue. It’s time for Episode 8 of Free Will and Other Compulsions, In which Doug causes a stir, Greg joins a conspiracy, and Cassy meets with her lieutenant.

Cast this week (in order of appearance):
Kitty NicIaian as The Airport Announcer
George Chlentzos as Douglas Reeves
Michael Lemonjello as Hakim and Xylar Portillo
Chris Lester as Greg Singh
Michael Seltzer as The Chairman
Stephanie Sawyer as Cassy Orinthal
and Derek Moore as Jim Hartman

this time, for good.

It’s been a while, but I’m not going to re-cast the previous episodes. They’re still in the feed for listening. No more delays, no more unnecessary and inconvenient service interruptions. It’s time for Episode 7 of Free Will and Other Compulsions, In which Jim meets a teacher, The Omnivore finds a puzzle, and Cassy prepares for battle.

Cast this week (in order of appearance):
Elizabeth Rossi as The Schoolteacher
Derek Moore as Jim Hartman
Philippa Ballantine as Brittany Hydra
and Stephanie Sawyer as Cassy Orinthal

With the New Year

now fully engulfing us, it’s time to get back to business.

I present you with Episode 6 of Free Will and Other Compulsions, In which Jade makes a decision, Jim has a vision, and the Moon Girl hears voices.

and crowdfunding behind us, it’s time to get back to business.

After an inexcusable silence, I present you with Episode 5 of Free Will and Other Compulsions, In which Voleish makes a confession, Joss makes an offer, and Ali holds all the cards.

Cast this week (in order of appearance):
Miss Kalendar as Alyssa Hartman
Kitty NicIaian as Fugitive’s AI and The Answering Service

Far too late to even be funny.

Nevertheless, I present you with Episode 4 of Free Will and Other Compulsions, In which Joss makes a decision, Ali makes a discovery, Percy wakes up, and then wakes up a sleeping alien intelligence.

Cast this week (in order of appearance):
Miss Kalendar as Alyssa Hartman
Kitty NicIaian as Fugitive’s AI and The Answering Service
Nobilis Reed as Jordan, the Nurse
Steven H. Wilson as Percy Scott
Stephanie Sawyer as Cassy Orinthal
and Kim The Comic Book Goddess as VAL

This week’s promo: Tales From Sheepfather’s Grove, a progrock concept album from Johannes Luley, an up-and-coming composer who also does the production for Robin Hathaway, who plays the part of Marian Shelley in The Antithesis Progression.

Predestination and Other Games of Chance